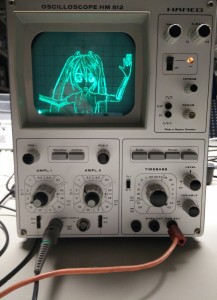 This little project combines a modern PC with a 1973 analog oscilloscope in X/Y mode to draw vector graphics.

The usual way of doing that is the PC sound card, but a better way is using the VGA output. Vector 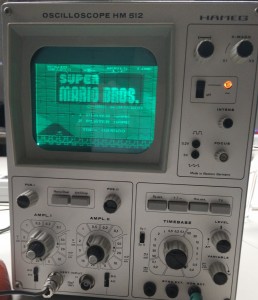 data is encoded into the red and green color channels of a bitmap that is scanned out by the graphics card.

Combined with a modified video player it can output realtime vector graphics animations.

Even the live capture or screen content can be shown as pseudo-vector graphics by line scanning with variable speed to achive different brightness levels.

There’s also our other OpenCV-based project that can play videos or stream webcam video to a scope using the VGA output.